David Villa is delighted that KyogoFuruhashihas found a wider platform to showcase his talents after he moved to Scottish Premiership giants Celtic earlier this summer. The retired Spanish international played with Furuhashi at Vissel Kobe FC in the Japanese top flight. 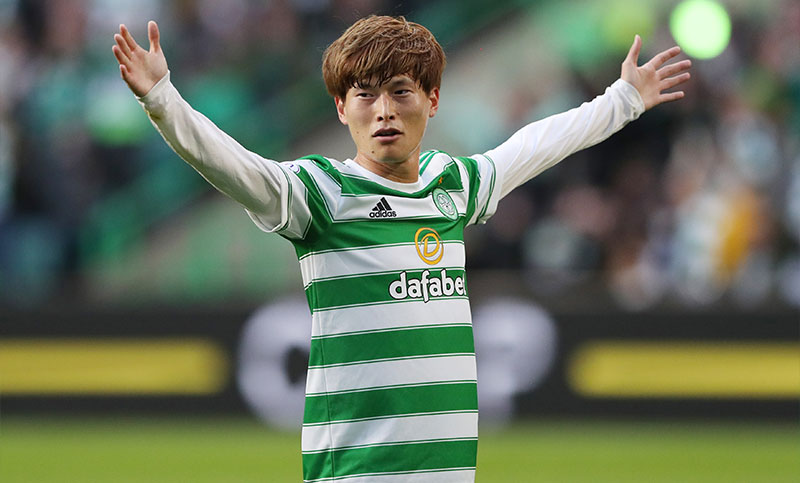 Ex-Barcelona striker David Villa showed his support for the transfer when it was announced on the Japanese international’s social media account.

Celtic paid around £5m to secure the transfer of Furuhashifrom Vissel Kobe. While he was at Vissel Kobe, the Japanese international shared the same dressing room withpopular players such as David Villa, Lukas Podolski, Andres Iniesta, and Thomas Vermaelen.

Furuhashi, 26, was one of the summer signings at Celtic. He was signed by the Scottish Premiership giants after manager Ange Postecoglou was impressed with his quality in the Japanese top flight. Postecoglou is the new Celtic manager after leaving Yokohama Marinos in Japan to take up the managerial job in Scotland. Furuhashi scored 16 goals in 22 games forVissel Kobe during the ongoing 2021 season. He has continued his good form in the Scottish Premiership from where he left off in the Japanese top flight with three goals in two league appearances.

David Villa and KyogoFuruhashi played together during the 2019 campaign with the latter netting 13 goals in 29 games for Vissel Kobe. He retired from football after a solitary season in the Japanese top flight.

Villa knows a qualityplayer when he sees one and he has given his approval for Furuhashi to show his potentials in European football. Villa is widely regarded as one of the best strikers in recent Spanish football history. He scored five goals for Spain as they won the 2010 FIFA World Cup tournament in South Africa. Spain won the tournament by beating the Netherlands 1-0 at the end of extra time thanks to the goal from Iniesta.