Granada midfielder Yangel Herrera has been linked with a move to the Premier League. Herrera has been on loan at Granada in the Spanish La Liga from parent club and he’s expected to resume pre-season training with the Citizens. 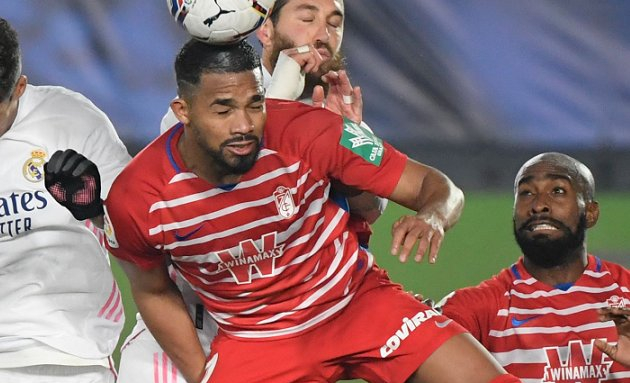 Herrera established himself as an important player for Granada last season and his quality has not gone unnoticed amongst the Premier League teams. West Ham United are seriously considering a move for Herrera according to the latest reports from the stables of the Daily Mail.

The English publication reported that the 23-year-old Venezuelan midfielder is valued at £20m.

Herrera was formerly the teammate of David Villa at New York City in the MLS (Major League Soccer) and he’s highly rated by the all-time leading goalscorer in the history of the Spanish senior national team. David Villa is a big admirer of his talents. While they were both at New York City, David Villa predicted that Herrera will do great things in the world of football and he has been correct with his prediction on the Venezuelan.

West Ham United are not the only Premier League team interested in Yangel Herrera. Other English top flight clubs like Southampton and Crystal Palace also have the player on their radar in this summer’s transfer window. Herrera has dazzled in the Spanish La Liga and its not surprising that clubs from Spain also want to sign him. Valencia, Atletico Madrid and Villarreal are also keen to sign him this summer.