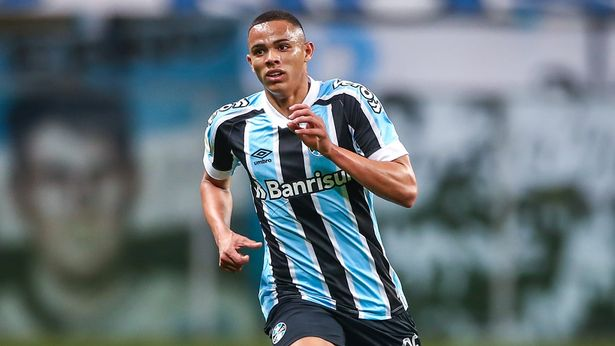 And, just eight months after signing rampaging right-back Vanderson for just £11 million, Monaco could be in line for another sizeable windfall. Barcelona, Manchester United and Newcastle are already showing an interest, per Sport, despite Les Monegasques’ eye-watering £52 million asking price.  Then again, Vanderson would be worth every penny if he emulates Dani Alves’ trophy-laden spell at the Camp Nou.

Nunes, man who coached 21-year-old Vanderson at Gremio says he believes that the youngster has enough quality to play for Barcelona. He also added that he thinks  of the comparison with Alves, because Dani was one of the greats. Dani is a player who played on the wing, but he was also a midfielder many times. Venderson has the quality to do that, and the physical strength to attack the space.

He says he believes so because Vanderson is direct, he has a lot of strength. He scores goals, he has potential. And that’s why he sees the same potential as Dani Alves. Newcastle are long-time admirers of Vanderson. They, like Tottenham Hotspur and Brentford, missed out when Monaco completed that bargain deal for one of the game’s most exciting young full-backs at the start of the year.

It remains to be seen, however, if Newcastle are willing to splash out a colossal fee on another right-sided defender when they already have Kieran Trippier.