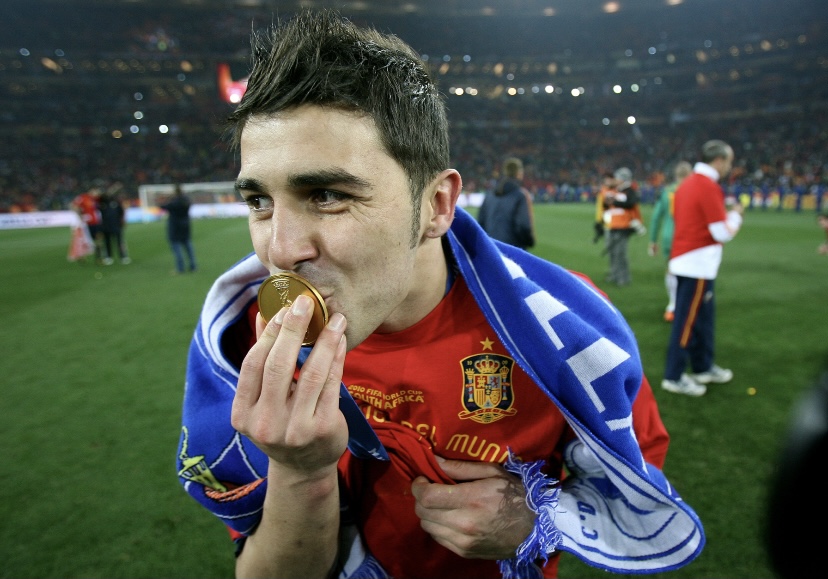 Villa, Torres and Spain were drawn in Group H at the tournament on German soil alongside Saudi Arabia, Ukraine and Tunisia. In their first game, Spain thrashed Ukraine 4-0 with Villa getting a brace either side of the interval, while Torres scored the final goal of the game. Xabi Alonso was responsible for the first goal of the game.

For their second group game, Torres scored twice as Spain came from a goal down to beat Tunisia 3-1 with three goals in the final nineteen (19) minutes. JawharMnari gave the Tunisians an eighth minute lead and they held on to the advantage until half-time substitute Raul Gonzalez equalised on 71 minutes thus paving the way for Torres to add his brace and lead Spain to victory. In their final group game,centre backJuanito scored in the 36th minute to give Spain a 1-0 win over Saudi Arabia as they finished their group campaign with the maximum nine points from three games.

Spain then faced France in the first knockout stage for a place in the quarterfinals after the French team could only finish second in Group H. The Spanish team started well with the penalty from David Villa for a foul committed by Lilian Thuram in the French box, but they could not preserve the advantage after France scored three times to seal a last eight place via a 3-1 win.