David Villa scored one of the goals to ensure that Barcelona bagged a second Champions League title in three seasons by beating Premier League heavyweights Manchester United during the 2011 UEFA Champions League (UCL). David Villa was an important part of the Barcelona team as they won the Champions League and La Liga titles in his first season at the club on the back of his transfer from fellow La Liga side Valencia. 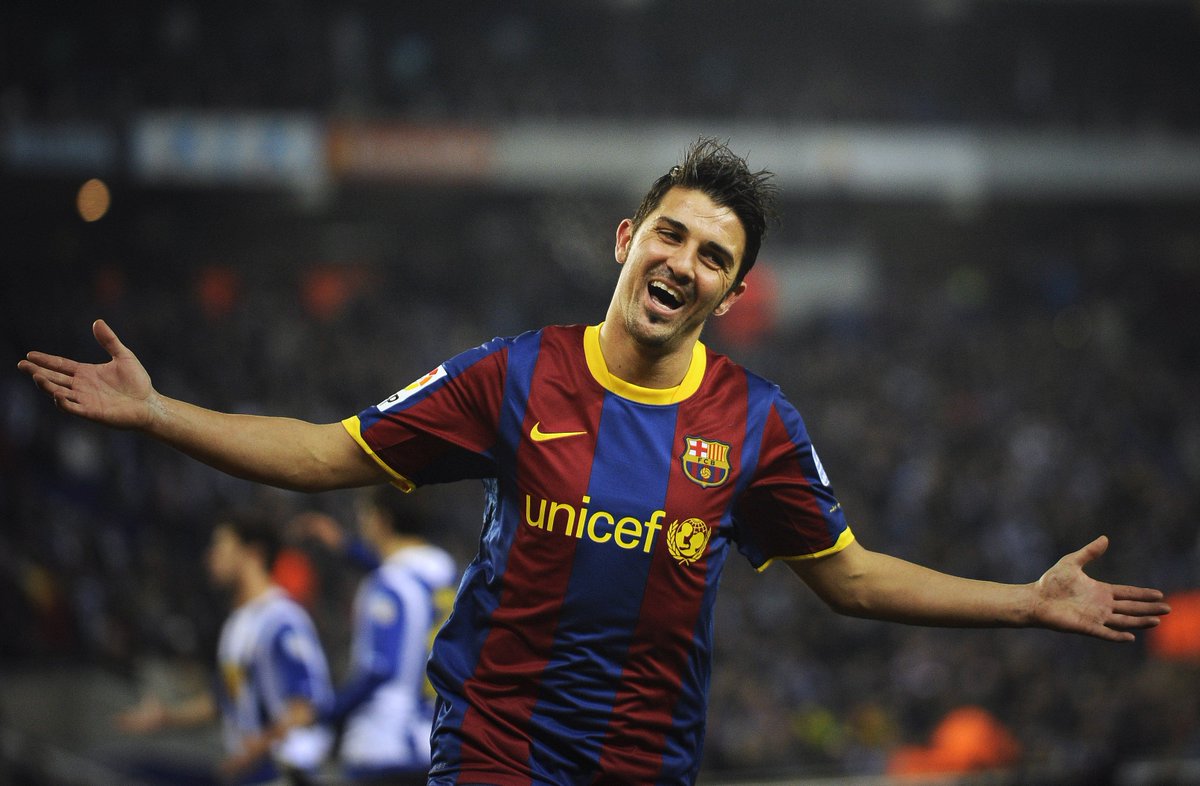 The 2011 Champions League final clash between Barcelona and Manchester United at the Wembley Stadium was the repeat of the final in Rome two years earlier with Barcelona running out 2-0 winners. The Catalan giants took a tenth minute lead through Cameroonian star Samuel Eto’o before the header from the Lionel Messi on 70 minutes off the cross from Xavi Hernandez sealed the win.

A lot of the Manchester United players from the 2011 final in London featured during the 2009 final and they would have loved to pay Barcelona back with a defeat just like they suffered in the Italian capital of Rome. However, Barcelona had too much quality for Manchester United. They dominated possession for the majority of the game and scored three goals, while conceding just one.

Barcelona took the lead through Pedro Rodriguez on 27 minutes before Wayne Rooney scored the Manchester United equaliser seven minutes later to prevent his team from going into the half-time break with a deficit. The great Lionel Messi was a thorn in the flesh of the Manchester United players since the start of the game and he scored the second Barcelona goal nine minutes into the second half before David Villa sealed the win on 69 minutes.

At the end of the 2011 Champions League final, Messi was deservedly named the best player as he led Barcelona to their fourth European title.