Real Zaragoza were in financial trouble and this played a big part in their decision to sell Spanish striker David Villa to Valencia in the summer of 2005. Valencia paid €12m to sign the goal poacher from Real Zaragoza. David Villa joined Valencia while QuiqueSanches Flores was the manager. 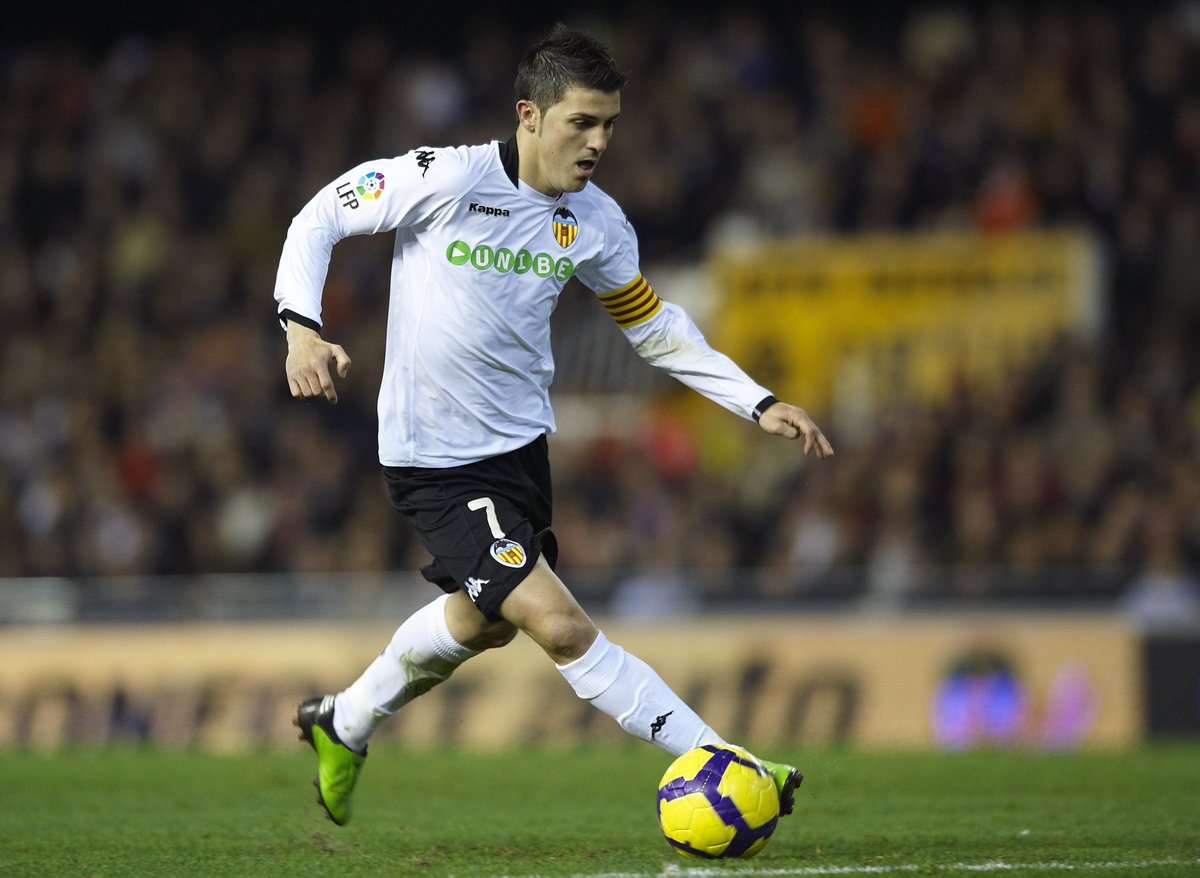 David Villa marked the occasion of his first Valencia game with a goal. The Spaniard scored one of the goals as Valencia beat Belgian team Genk 2-0 in the Intertoto Cup. His league debut was as a substitute during the 1-0 win over Real Betis on August 27, 2005. In the next league match, David Villa came on as an 81st minute substitute for Ruben Baraja against former team Real Zaragoza with his team trailing 2-1. He was able to score to rescue a point for his new team via a 2-2 draw.

Spanish international hitman David Villa was again the saviour for Valencia as he secured an important point for his team by netting a brace in the 2-2 draw with hosts Barcelona at the Nou Camp in a league clash which took place on September 21, 2005. In the following month, he scored the winning goal against Real Madrid away from home. Also, in the return leg against Barcelona, David Villa scored the only goal of the game to give Valencia a 1-0 victory at home.

David Villa scored a world-class strike against Deportivo La Coruna away from home and it was described as his best goal by journalist Sid Lowe after he scored from 50 yards out. Villa scored his first Valencia hat-trick against hosts Athletic Bilbao at the San Mames in the Spanish La Liga on April 23, 2006. His hat-trick came within the space of five minutes to lead his team to a 3-0 win. He finished the 2005/06 La Liga season with 25 goals in 35 matches.