Posted by admin in David Villa

Former Barcelona hitman David Villa has opened up on the difference of the Major League Soccer from other top leagues in the world. The Spaniard, who is also the reigning MLS MVP, said that the MLS remained interesting as it offered 22 teams a clear chance at lifting the title without any risk of relegation and that it does not require promotion to participate like other leagues in Europe. 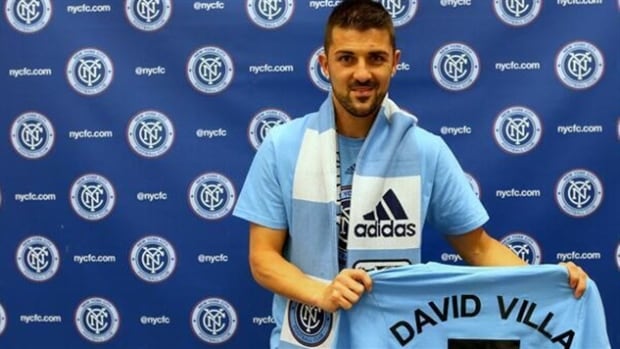 “Here it’s different. You don’t have relegation, but when the league starts on March 3, 22 teams have a chance to win the league.

“This is amazing for the league. You can’t see this in a lot of leagues around the world. I think in any league you can’t see that 22 teams have a chance for winning the league and this is our reality. This is interesting without relegation,” the former Sporting Gijon star said.

Comparing America to Spain the player said that relegation was more feasible there compared to the MLS as it was “impossible for 15 teams to get the trophy” when the season starts.

The New York City star player credited his coach Patrick Viera for the change in mentality the club has which helped them finish strong in the last campaign.

“The improvement of the team was in great part for him [Viera] and his staff. He gave us a lot of identity,” the Spanish player said.

The 35-year old player said his target was to remain fit for the new year and help the club as he was not considering retirement. He said his mind was happy but that if the situation changed he would accept it and leave honourably. The player is one of the special talents in the MLS and looks set to end his career in America.