David Villa is undoubtedly one of the best Spanish strikers of the last two decades. The 2010 FIFA World Cup winner played for  clubs like Real Zaragoza, Valencia, Barcelona and Atletico Madrid in addition to playing 98 times for his country. 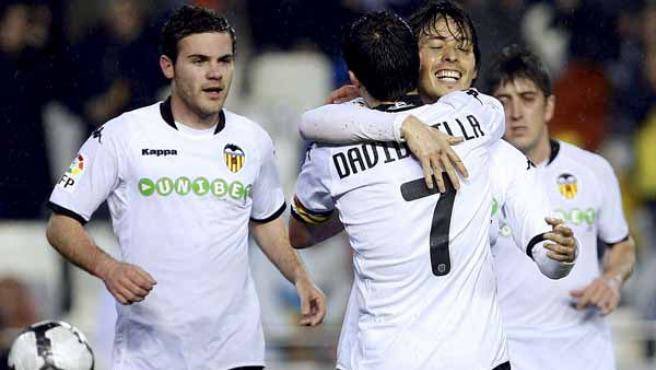 He arrived at Valencia in 2005 following his €12m transfer from Zaragoza.QuiqueSanches Flores was the Valencia manager when Los Che signed him as they capitalised on the financial struggles at Zaragoza. He made his debut for Valencia in the Intertoto Cup as Los Che beat Genk of Belgium 2-0 with David Villa getting the opening goal of the match.

His league debut was against Real Betis on August 27, 2005. The Spaniard was a substitute as Valencia beat Betis 1-0. His next game was against former club Real Zaragoza in the league and he came off the bench to rescue a point via a 2-2 draw. Villa came off the bench for Ruben Baraja with scores at 2-1 and he managed to get an equaliser. He scored 25 league goals in his first season at Valencia.

In total, David Villa scored 107 goals in 166 league games for Valencia during his five-year stay at the club. He won the Copa Del Rey at the club before moving to Barcelona in 2010 for a fee believed to be around €40m.